The iPhone 12 has a new magnetic charger system called MagSafe. It’s a familiar name because MagSafe used to be on all the MacBooks, once upon a time. It auto-attached and easily popped off so that tripping over a wire wouldn’t knock your laptop off a table… and was generally appreciated.

The new MagSafe brand is all about mobile, and it will come with a whole new set of smartphone-centric accessories. Those include a magnetic wallet that connects to the back of the new iPhones, a new leather cover that switches the phone into what appears to be a new clock mode for iOS with just the time showing, and a combo folding charger for both the iPhone and Apple Watch.

At its annual iPhone launch on Tuesday, Apple reinstated one of its most beloved inventions, MagSafe, showing off a new line of smartphones with magnets built into the back for easy and durable connections to wireless chargers, snap-on cases, and other accessories.

But while MagSafe now looks like a nice addition to the newly released iPhones, it paves the way for Apple to create the centerpiece of magnetic wireless charging for how we charge all of our devices going forward.

Just look at the new MagSafe Duo Charger from the brand, a wireless charging stand for both the Apple Watch and iPhone, or the even more robust (and outlandish-looking) MagSafe 3-in-1 charger from Belkin that allows you to charge an Apple Watch, AirPods, and an iPhone all at once. Both seem to nudge us closer to a world in which Lightning charging or some sort of wired charging need not be enabled by the iPhone. 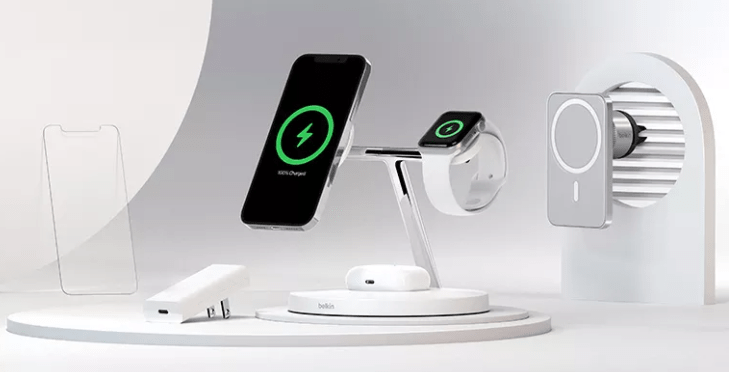 It is important to note that this latest version is tailored for a world where wireless charging is much more commonly available, unlike the previous version of MagSafe, which used magnets to hold cables to the ports on Apple laptops.

What are the benefits of 5G?

10 Benefits to Using the Growing Facebook Marketplace for Your Business

What are the benefits of 5G?